A Horror Tale of Grace and Mercy

As recorded by the great and wise Calvinius

atrideus the Sovereign king of Edinhort, had planted the powerful tree Knosis in the center of his kingdom and issued an edict that no one was to eat of its fruit. Any who disobeyed would be banished from Edinhort to the isle of Ruinia. Descendants of the offender would also be deemed guilty and likewise banished.

The king had also decreed that the elderly grandfather, Adamus, was to disregard this edict and eat of the tree. A strange decree to the simple minded yet, not so to the enlightened who discerns the two wills of Patrideus. 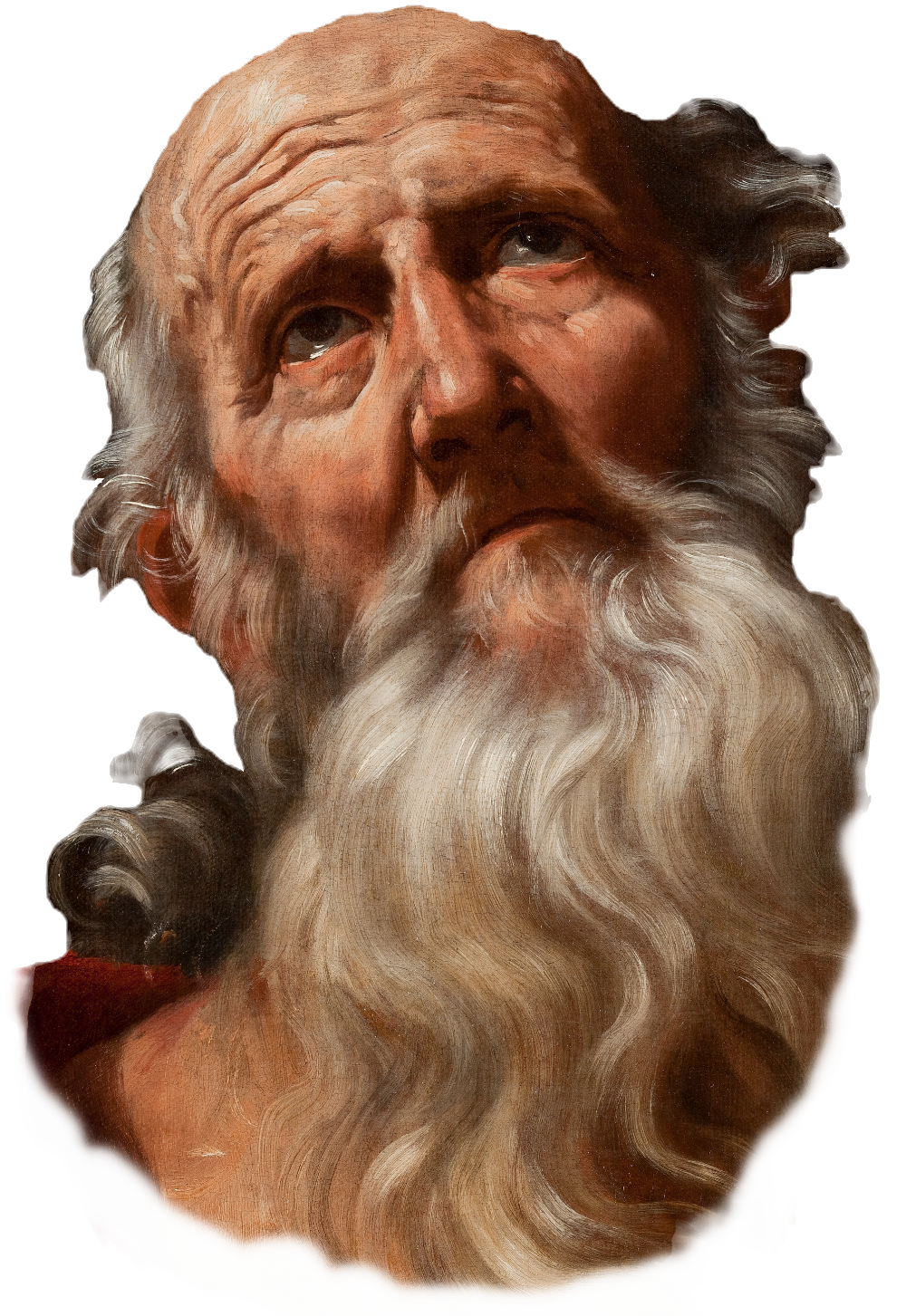 From his “Decretive Will” Patrideus had, in ages past, decreed all that was to occur. All thoughts, deeds and even the paths of dust specks would follow these unchangeable secret decrees. From his "Preceptive Will" the king would decree edicts which he expected and even commanded his subjects obey. All of Ruinia would however blatantly defy these edicts and so doing fulfill the king's Decretive Will. It therefore pleased the king to decree the occurrence of that which he decreed should not occur. Both wills would play out in total harmony. Brilliant! 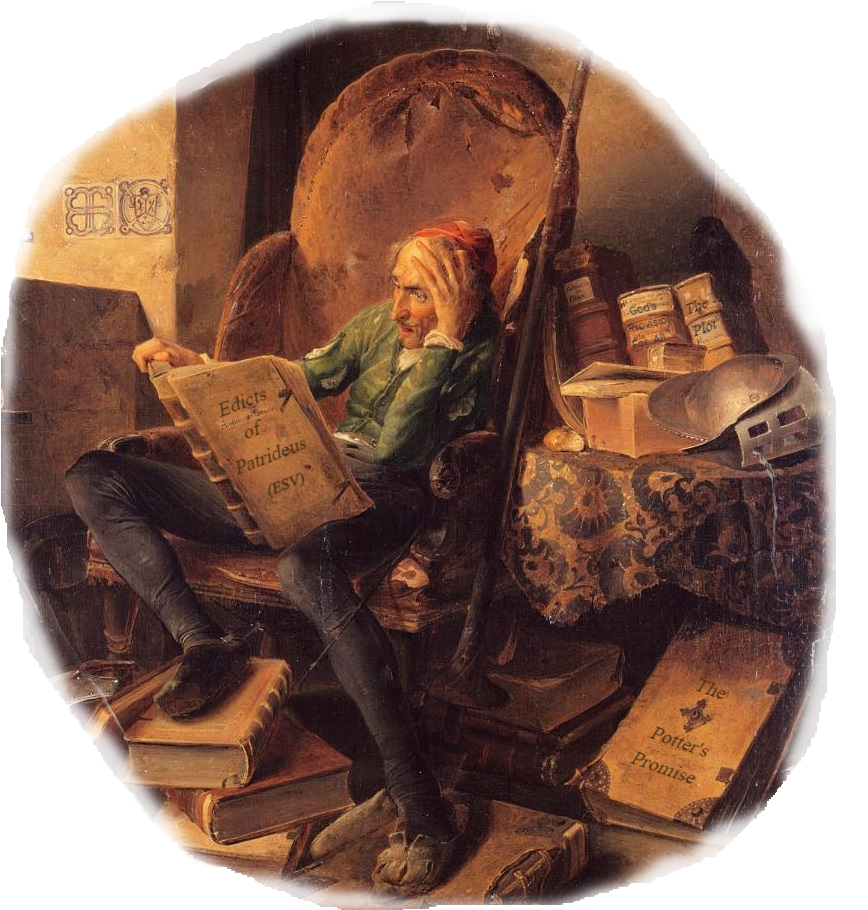 After much deliberation, the wise and sovereign King Patrideus decreed that all of Ruinia was to have the capacity to freely choose good or evil. However, to ensure his sovereignty, all choices in both thought and deed were to be only as the king had decreed. Never would anyone choose otherwise.


Compelling evil desires would spout forth from deep within the dead spirits and depraved natures which Patrideus had decreed upon all. The greatest of these Patrideus-decreed desires, would determine each choice. Incapable of responding to anything except their own sinful passions, offers of grace that King Patrideus might bestow would be met with disdain. This special decree of free will would be branded:

Such genius, yet so simple even the smallest child would ponder its wondrous beauty. 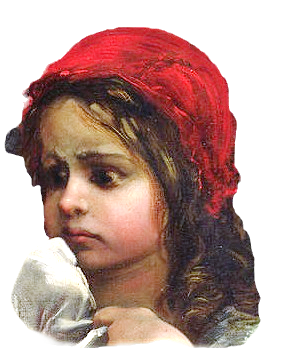 Taking great pleasure in decreeing things and justly punishing decreed evil behavior, the king decreed each citizen of Ruinia was to have their own personal death date, a date which he would predetermine. On their special day each was to be executed for all the evil deeds Patrideus had decreed for them to commit. These evil doers, branded before birth as “Reprobatus”, were to be taken to the center of the isle and cast into the fiery pit of Fernum. 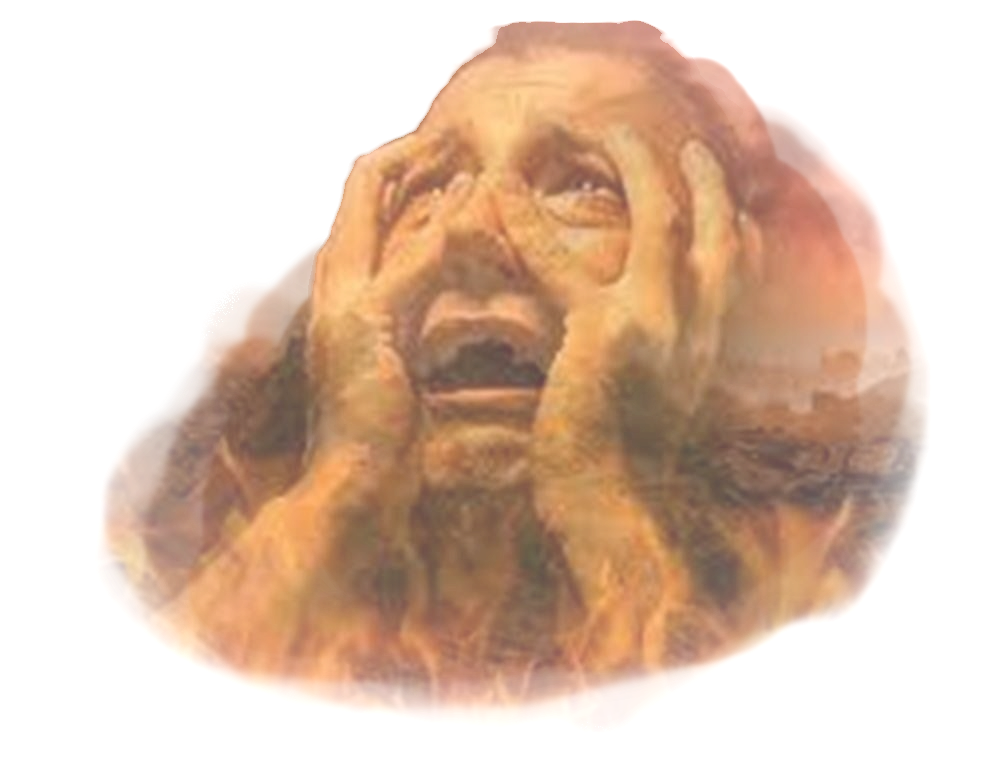 Great and awesome be the decrees of Patrideus

The king issued another decree that the inhabitants were to build escape bridges from Ruinia. With names such as Islamus, Hindus and Humanus each bridge would require a hefty toll. Unfortunately for the Reprobatus, Patrideus had decreed that all bridges would lead to the pit of Fernum, where travelers would face an early demise.

Being the king of great mercy and grace that he was, Patrideus desired that a few of the grandfather’s descendants be freed from their island hell. He therefore decreed that he would construct a true escape bridge. 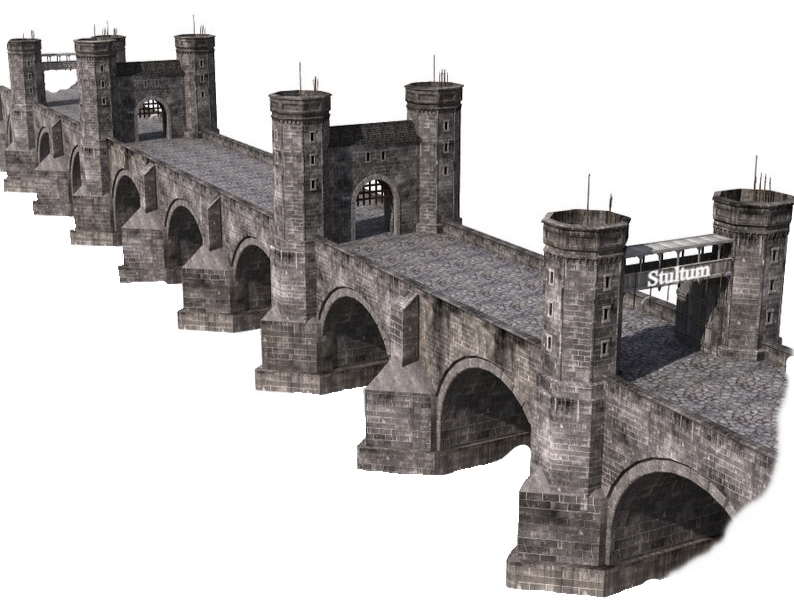 Two signs would name this bridge: one Veritas and the other Stultum. Due to corrupt natures and corpse-like dead spirits endowed by Patrideus’ decree, only the Stultum sign was perceivable. None were capable of seeing this as the true bridge of life.

To remedy this, Patrideus decreed that a few of the grandfather’s descendants were to be dusted with the supernatural dust of Renatus. When properly sprinkled, the dead spirits would be revived, new natures granted, and hearts would be drawn with an irresistible love of King Patrideus. No ancient mind trick, love drug, nor potion known to Ruinia could rival the miraculous abilities of Renatus dust. 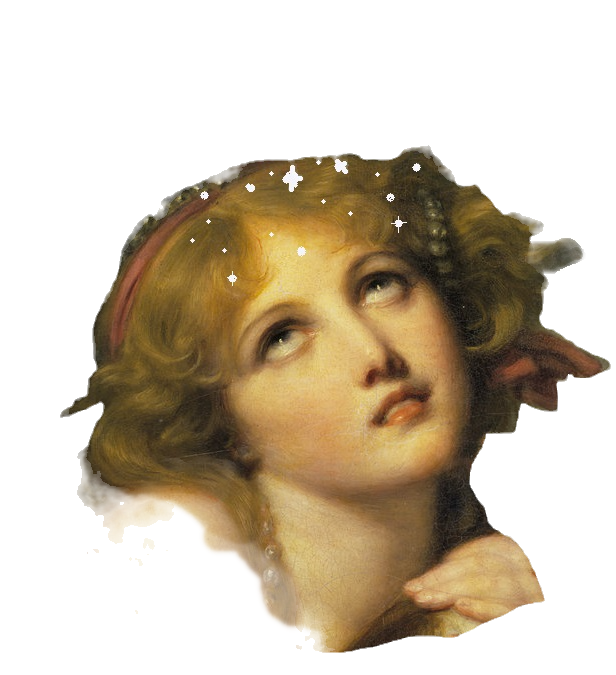 From his Decretive Will the king had decreed that his only son, Prince Salvadeus, would be sent to proclaim the marvels of Renatus dust, explaining how its sprinkling would convert each to a love of Patrideus. A bonus gift of Fides would enable each to believe and trust Salvadeus as the prince. With spiritual eyes now opened, the true bridge sign Veritas would shine forth to the sprinkled.

Although a trivial task to provide dust for all Ruinia, the prince revealed that his father had decreed that none of the precious Renatus dust was to be wasted on the Reprobatus, those whom the king had predestined for Fernum’s fires. Only a few Ruinia descendants were to be sprinkled. These chosen few were forever to be referred to as “The Electos”. The first of these would become the enlightened teachers of Ruinia, destined to be immortalized in Genevian stone. 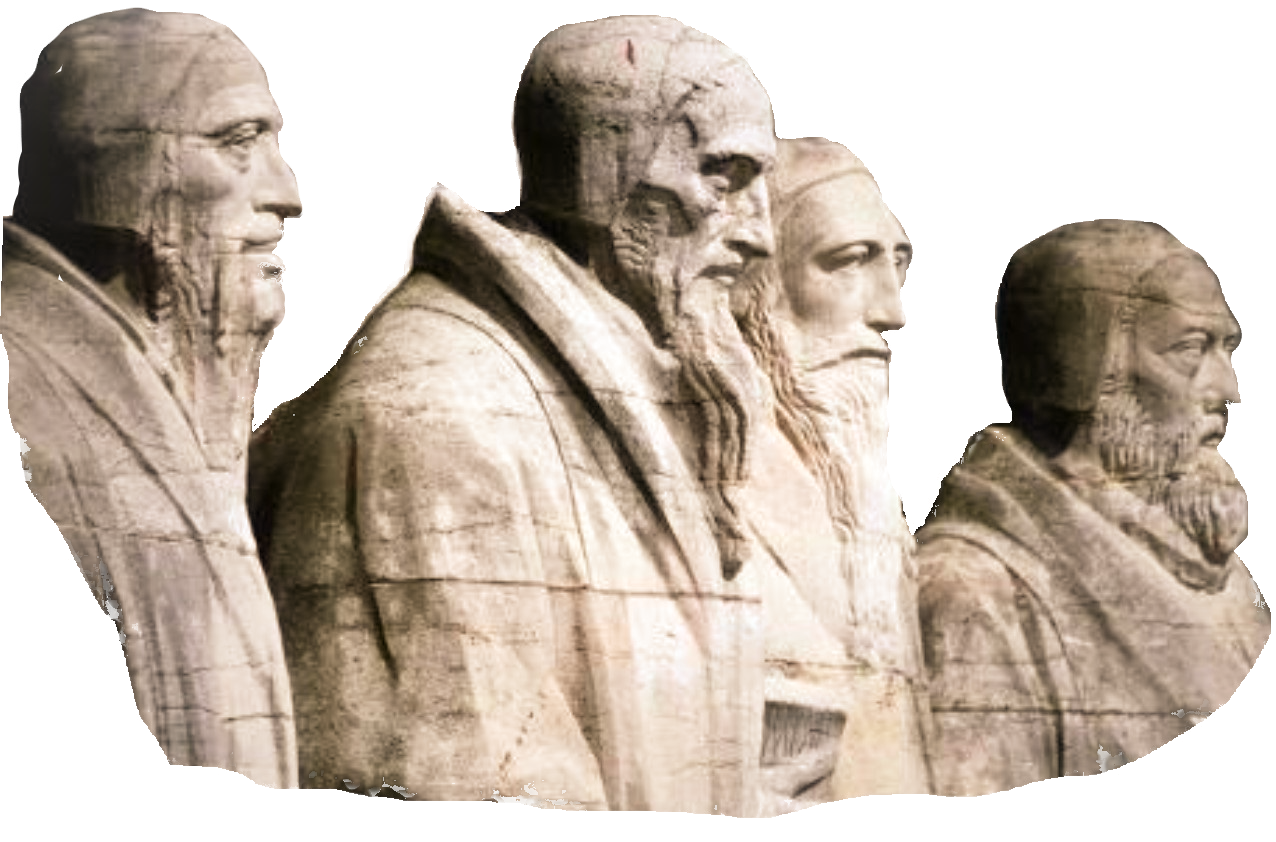 The selection process for The Electos was to appear to all of Ruinia as arbitrary. Traits such as repentance, humility, contrition of heart, and seeking after the king’s forgiveness would not factor into the king’s choice. Clearly, these totally depraved and dead-in-spirit Reprobatus would be incapable of such noble and lofty behavior; quite silly to even have need to clarify this.

Aware of the great injustice of allowing the guilty to go unpunished, the king decreed that Prince Salvadeus was to take on the king’s wrath and punishment for all the atrocities The Electos had committed when they succumbed to Patrideus' Decretive Will.

Then, as with Hamelin's Piper of old, the sprinkled Electos would be incapable of resisting when Salvadeus drew them to himself and called them to follow to the true bridge of Veritas, escaping forever from their evil families and from the cursed isle of Ruinia.​

The Reprobatus relatives left behind would remain in Ruinia in deep hatred of both king and prince for having been left with no true hope of escape. And yes, all this by decree of course. These Reprobatus would eventually be thrown into the fires of Fernum and, in so doing, would manifest the perfect justice and great sovereignty of the king. 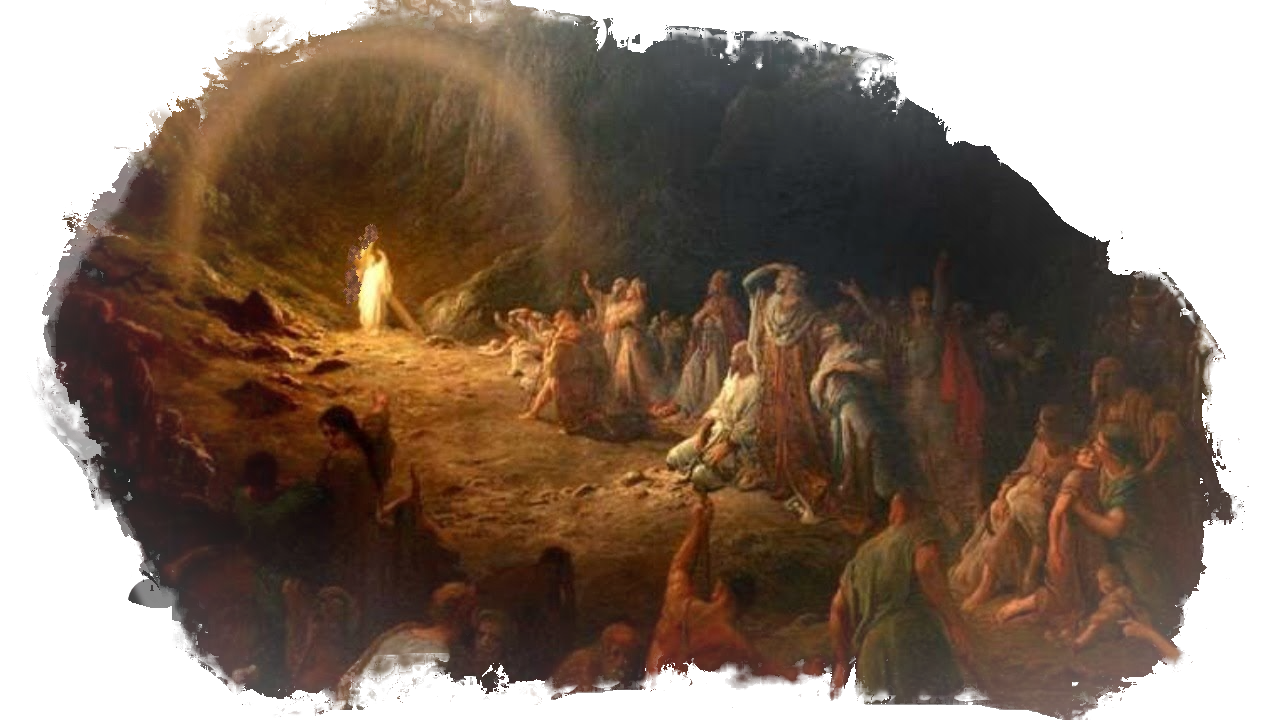 Glory, honor, and praise to King Patrideus
who from long ago did by the most
wise and great counsel of his own
secret will, freely and unchangeably ordain,
yea decree, whatsoever comes to pass.
May his decrees be forever praised.

THE END AND AMEN